My son’s 17th birthday. Over the last few years we have set a new tradition of going to see a west end show to celebrate. But 17 is a difficult age. I didn’t want to take him to something he would consider babyish.  The Commitments was the perfect answer. He is a guitarist himself and studying music so this was the perfect show. He loves blues and soul. He plays guitar and he likes musicals. How much more perfect can I get?
We had a lovely day in London, spending time at Covent Garden and Camden. We ate in his favourite pizza place and then onto the theatre.  I love the Palace Theatre. It looks old and yet feels rather small and intimate. It makes you feel special as if there are only a few of us that are viewing the performance.  The Commitments do soul and blues. The Palace Theatre feels like a tenuous link to the Palace Theatre Ballroom in The Blues Brothers.


Anyway on with the show.  The sets were good. I really loved how the Rabbitte’s home worked.  They even had a front door and old-fashioned wallpaper!
The opening scene was great, there was no wedding scene, but instead they were playing in a shop window. Fab start. I actually preferred it to the wedding scene in the film version.


I had always really loved the auditions part., when Jimmy is getting a band together.  I had hoped they had kept that as it was always one of my favourite scenes in the film. It was so funny. Don’t you want me was a great song for the audition!
Every actor/singer on stage could sing. (Yes even Jimmy!) But Deco was breath-takingly amazing. His voice would get him laid no matter how gross his habits.  Killian Donnelly played the part really well. I also loved Jimmy, played by Denis Grindel. He was so personable. But every performer was talented and really gave their all. Outspan was just like you expected him to be. Joey Fagan still gets all the ladies (and even winked at me!).  I couldn’t fault one of them. And authentic lrish accents to boot!


Some things have been changed, but this did not detract from the overall greatness of the show. Imelda was Jimmy’s friend (not Bernie as in the film) and they made Imelda a brunette instead of a blonde. And there was no Elvis conversation with Joey The Lips Fagan– which I always enjoyed.
Some of the songs felt a bit removed from the genre, for example ‘what becomes of the broken hearted’ (Jimmy Ruffin) and I cant get no satisfaction (The Rolling Stones), but I realised why towards the end.


The end of the show is The Commitments giving us the performance of their lives. I was out of my seat dancing and singing at the top of my voice. As I was first row, it may have helped get some others out of their seats. I have never been shy and sang away is if my life depended on it.  Mustang Sally, River deep mountain high and Try a little tenderness are a few classics and the performers gave their all.
It was an amazing show. At the end someone sitting in my row came up to me and told me how impressed he was I knew all the words to every song.


If I could, I would see this every night. If you are looking for a feel good show - This is it! 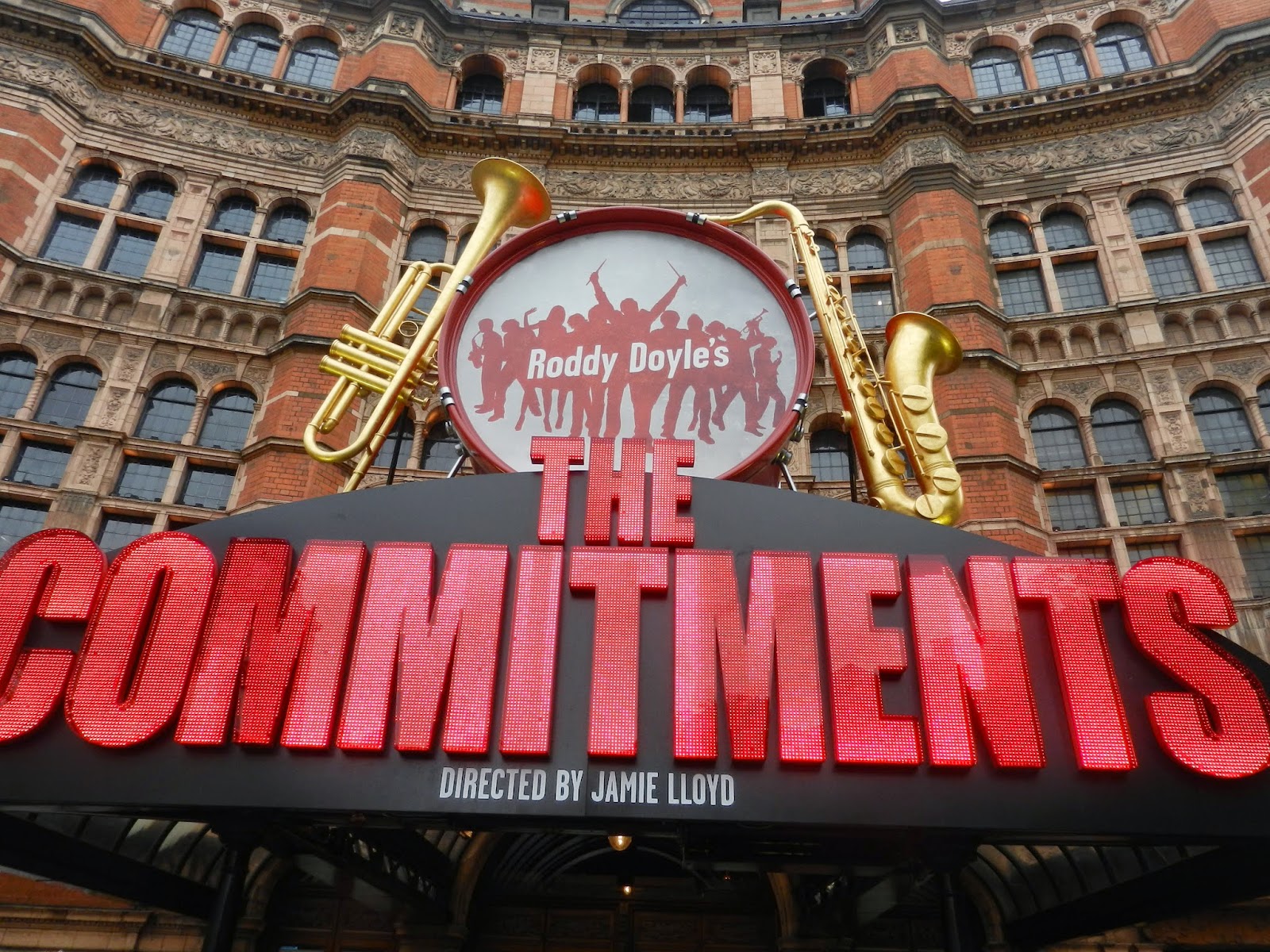 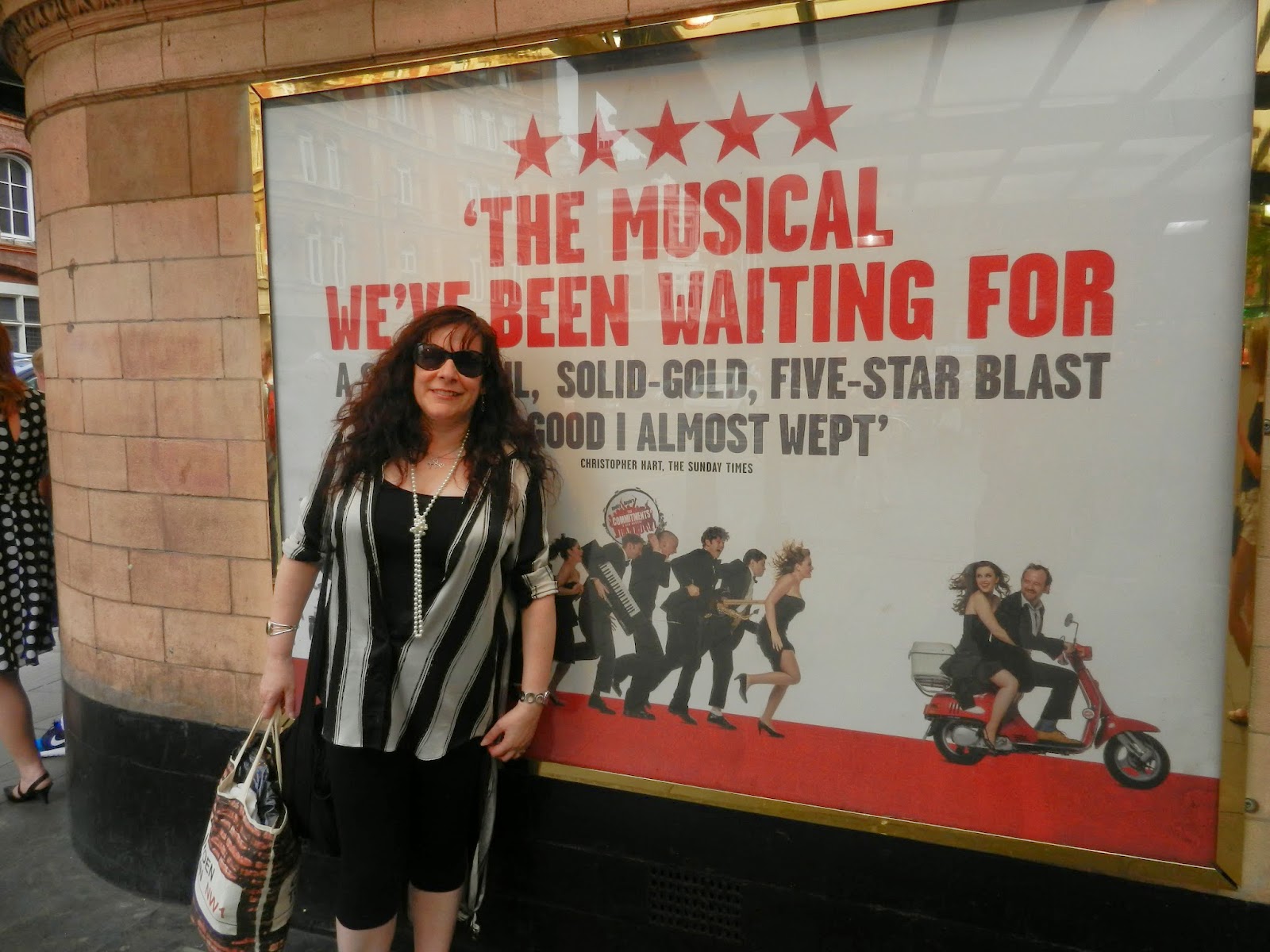