The girl who daydreamed.

There once was a girl who daydreamed a lot.  She daydreamed of having lots of friends and being popular.  She daydreamed that one day she would be accepted for who she was.  She wasn’t the most popular girl in school but neither was she disliked.  She was just one amongst many wanting to express her independence and freedom.  She already knew her taste in clothes and music were not like most of her friends.  She was different.

Her home life was not the easiest and she looked after her younger sisters a lot as her mum was often very poorly in hospital.  Her stepdad worked full time and tried to keep the family together but it wasn’t easy.  Her real dad only saw her once a month and then for only two hours.

She longed to break free from the routine.

Then one day, when she was about 15 years old, her stepdad and mum took her to a pub that they were friendly with the owners of.  She didn’t know it yet but her life was about to change.

The pub was called ‘The Starting Gate’ and it was the first Blitz club style ‘alternative’ night.
This girl was brave.  She went alone to the alternative night. It was full of punks, new wave fans, new romantics, and lots of people with spiky hair – but instead of feeling an outcast – she felt at home.  She made friends quickly and realised that here were others like her.  She was not alone.  She belonged.  This became her family and she lived for Sunday nights.

This girl was me.

I have since grown up.  I am no longer scared of being different.  I am proud to be me and not conform.  You can like me for who I am or walk on by.  I like who I am.

I had often missed the ‘old days’ and my friends from The Starting Gate.  I had wondered if I had thought about it with rose tinted spectacles on.  But it is strange how life gives you what you need when you least expect it.  Over the last year I have met up with two of my dear friends from that time.  Both Steve Martin and Caz Tricks have made me realise I am a good judge of character.  They were lovely people then and are still lovely people who I feel privileged to know.

How rare was this time in my life.  I could not imagine finding this again.  This had been so special.  So unique.  Surely nothing can replace such special memories?

Can you imagine how I felt when last year, my friend Martyn told me he was playing a gig there and kindly added me as his guest at a club in Birmingham called Only After Dark?  I, of course went along to enjoy the Heaven 17 set but came away with so much more.

Only After Dark is my youth recaptured.  It is everything I had loved the first time around at The Starting Gate.
-It is my kind of music.  I cannot tell you all the times I danced to ‘Bella Lugosi’ on my own at the gate. Now there are others to dance with me! And to be able to dance to Bowie tracks somewhere other than my front room says so much about how much I love it there.
-It is my kind of fashion (…turn to the left…). I love the way everyone makes an effort and dresses to impress in their own unique style
-It is my kind of people.  I love the people.  Lovely people.  My OAD family.

I have made so many new friends, Al and Julie, Sara and David, Debbie, Martin Smith, Maureen and the incorrigible Mr Chris Wilde.  I know I have probably missed loads of people off  – but I really do value all your friendships and how lovely and welcoming you all are.  Who would have thought that Birmingham would become my new spiritual home?

Dreams never die.  I am a dreamer and once a month my dreams become real!

I am so pleased to have you all in my life. 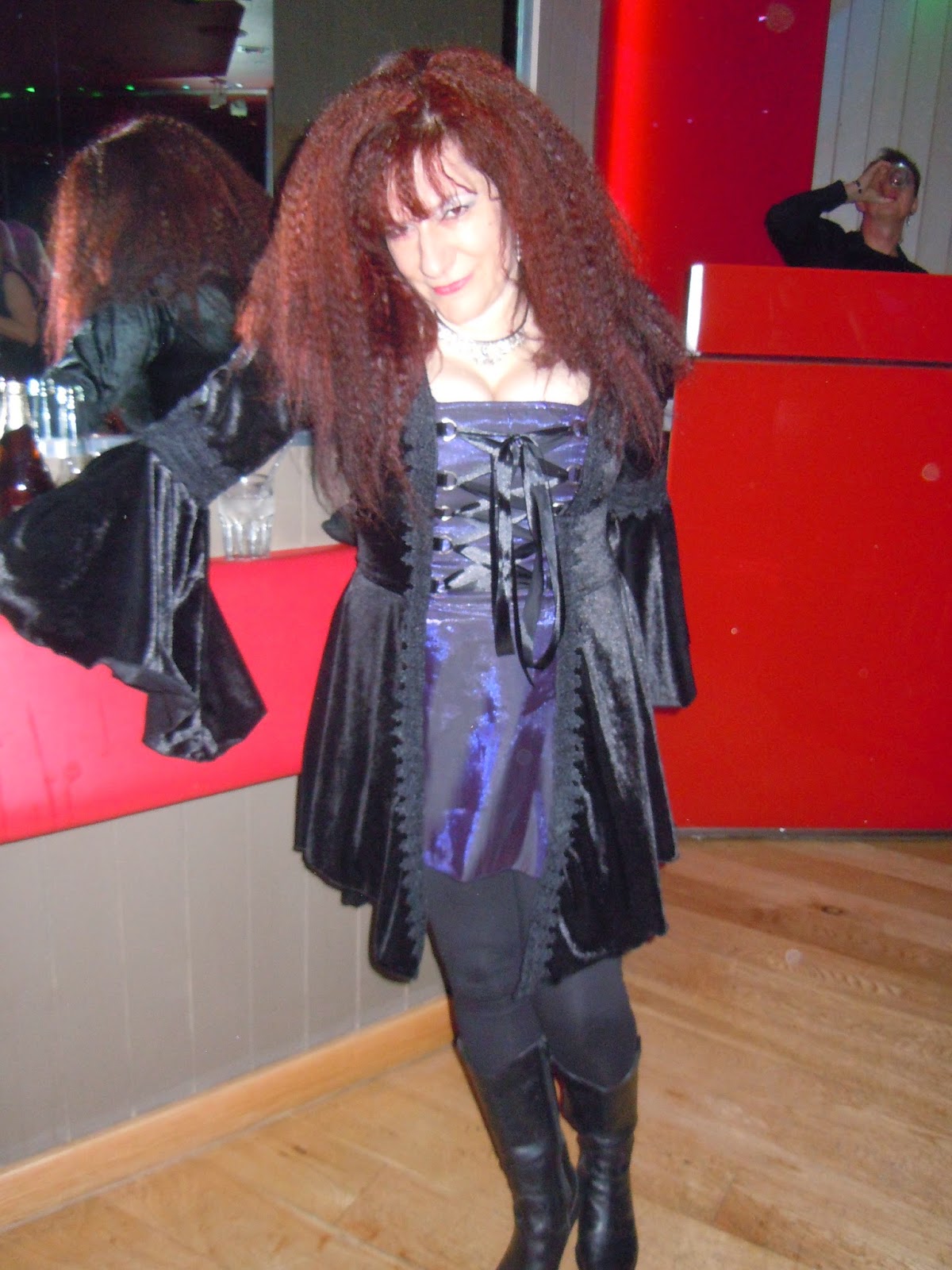