Going to OAD is like going on a date.  The first date is exiting and all new, you don’t know what to expect, what to wear, how it will be.  I am now on my third date with OAD and I think it could be the start of a beautiful relationship.  I still get excited, but that is because I know the promise of what is to come…


My first experience of OAD had been magnificent.  It had been the Heaven 17 special.  It had been special and I fell head over heels in love with OAD.  How would another special be?  Would it be as good at the first time?  Of course it would!


This was a very special night.  It was OAD’s 4th birthday and Rusty Egan was there to make it even more special!  Many veteran Darklings came along especially for this along with some people who had never been before.  It was a lovely mix and everyone was friendly and welcoming.  You are made to feel like you belong.  This is such a unique place to be.  It is an eclectic mix of people who all come to worship the music genres played.


A special occasion calls for a special effort.  I had not crimped my hair for over 25 years.  (With one exception for a fancy dress party).  But it felt right.  It looked right.  Damn it, I was right to do it and the lovely responses I had from fellow Darklings meant I had made the right decision.


I was one of the first people to meet Rusty.  He was a lovely man who told my husband how lucky he was to have me.  (I hope hubby was listening!)  Rusty was warm, friendly and happy to sign our stuff.  It was a real pleasure to meet him.


My hubby is an ex-DJ who loves mixing.  He was very keen to hear Rusty’s sets from a technical point of view.  Personally, I couldn’t begin to see how you can mix so many genres together (New Wave, Electronic, Glam, Punk, Goth) but the genius that is Rusty Egan did so.  He started his set with the German version of Heroes (Could anyone ask for more?) and followed it up with Hard times by the Human League.  Everyone was on the dance floor.  We had love song (Simple Minds), Heart of Glass (Blondie) and Memorabilia (Soft Cell).  He followed that up with the night version of Planet Earth (Duran Duran).  He did not play a bad track and it flowed fantastically.  He also gave his new track, Dreamer (Metroland Night Version) an airing and it went down very well.  Rusty is a very talented DJ who can impress other DJ’s as well as keep everyone dancing on the dance floor.


But let me tell you about the other music that was played, or in other words, why you should come every month!


I counted more than six Bowie tracks.  I feel so chuffed that I can go to a club that will play Bowie.  It is wonderful to find people like Debbie and David (and I am sure many more that I don’t know yet) who love Bowie as much as I do.  I counted at least five different Bowie T-shirts.  Nice taste people!


I have always loved Soft Cell.  I once wrote to Jim’ll fix it to ask if I could meet Marc Almond at a fairground.  I never got a reply. (Just as well now we know what we know about Jimmie Saville).  But my love of Soft Cell never dies.  I really enjoyed dancing to Memorabilia and Soft Cell is a staple diet at OAD. Feed me!


A lot of early Human League was played.  I actually woke up the next morning with ‘Empire State Human’ in my head. (When I told Martyn this, he laughed!)  Also at least two Heaven 17 tracks were played.  I was in the ladies when ‘Let me go’ was playing.  So I got everyone in the queue to sing along and held the door ajar so we could hear it!


Pretty Vacant by the Sex pistols came on the TV screens.  (Did I mention there are lots of videos played on TV screens?)  I am not a fan of the Sex Pistols.  I know I will probably get abuse for saying this, but it’s my personal opinion they did not produce good music.  Or maybe I was just a bit young to appreciate it fully.  However I love the punk movement and what it represents.  I agree that individuals who feel let down by the system should have a way of expressing how they feel.  I love Green Day and think they have carried this punk ethos into enjoyable punk music with a huge energy and attitude.  Green Day are the modern day punks and this is all due to the Sex Pistols.  Therefore I have to respect what the Sex Pistols have given us along with all the bands that followed due to the influence of the Sex Pistols.


I feel love by Donna Summer has to be the best dance record of all time. It has so much going on.  It fits all genres and crosses any boundaries.  It is a mark of pure genius in the world of music.


I have always wanted to be Blondie.  Unfortunately I look a lot more like Kate Bush than Debbie Harry.  But I had always thought Debbie Harry was the ultimate icon and tonight (Mathew I am going to be) Blondie for about 3 minutes while Rapture plays.  For those three minutes I really was Blondie (I know every word to Rapture) and gave it my all!  No one came for my autograph afterwards.  However after dancing (rather wildly) to B52’s’ Rock Lobster I did get comments about how quirky I am!  Sounds about right.


This was only my third outing to OAD, but already I feel like I’m family.  I have made some wonderful friends there and of course you can never have too many friends so I hope to carry on going and making more friends.


OAD – Happy birthday with many many returns!! 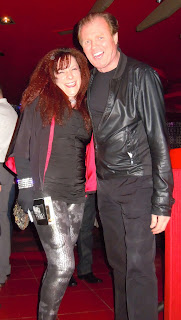 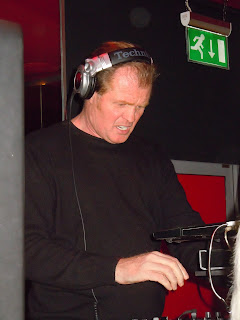