Blancmange are probably best known for their 80’s hit, Living on the Ceiling but if that is all you know about them you should take a second look.  Some 80’s electronic based bands like Depeche Mode and New Order can still fill stadiums but I truly believe that Blancmange have a catalogue of tracks that are equally as good and it is an injustice that they do not attract larger audiences to play the big venues.

The support was Jez Bernholtz.  This was more than just a support act.  It was art.  It felt like I had gone to the Tate Modern and was watching a video installation.  He had a video playing in the background while he mixed his music up.  It was very experimental and many of the audience were not expecting or enjoying it.  Several did walk out during his set.  But as Bowie says ‘If you feel safe in the area you’re working in, you’re not working in the right area.  Always go a little further into the water than you feel you’re capable of being in’.  Jez is certainly pushing those boundaries.

Blancmange, tonight were a trio and did a range of songs from the very old, (including a rare outing for I would), to the very new.  They have just released a new album and this tour is promoting that.  Neil is also working on another project ‘Near Future’ with Jez so that will be an interesting partnership.  Those lucky enough to attend the shows can purchase a promo CD of their work.

Blancmange played a mix of old and new tracks. Old tracks included UltraViolent, I can’t explain, Waves, Don’t tell me and of course the big hits of Blind Vision, Living on the Ceiling and my personal favourite Feel Me.  New tracks were mainly from the new album and the last album and included Radio Therapy, Star Fucker, The Fall, Paddington, Bloody Hell Fire, Judge Mental, Red shift, and getting the whole audience to sing along to (last night) I dreamt I had a job.

After the show, Neil comes out to meet people, sign merchandise and pose for photos.  The merchandise is well thought out and there is something for everyone. 12” White vinyl, 10” Mavis, CDs, Cups, T-shirts and even a happy families playing cards!  Their artwork on their albums are also excellent and worth investing in.

I always had a sweet tooth but Blancmange is definitely my favourite dessert! 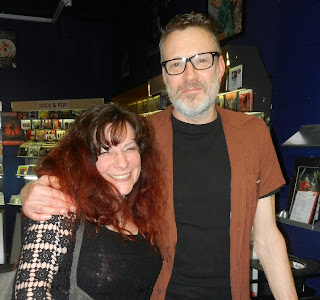 Chicago. Did I love it? Did I hate it? Find out on my latest review for About Milton Keynes. 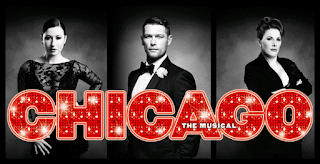 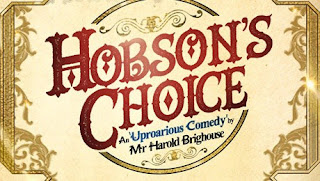 Starman: Freddie Burretti - The Man Who Sewed The World

It was almost like belonging to a secret club. I felt like I had won a golden ticket like Charlie did in Charlie And The Chocolate Factory.  This film was so highly anticipated that there was a waiting list for ticket returns and many who dearly hoped they would be lucky enough to be invited.  However, I was lucky enough to be offered a ticket to attend a film screening of Starman: Freddie Burretti – The man who sewed the world.

I turned up early and ordered a drink.  People were mingling and Bowie played softly in the background.  Everyone who was anyone in Milton Keynes was there.  After all Freddie Burretti was a local boy, albeit adopted to Bletchley but born in London (the same as me actually).  This was not only a celebration of the man who dressed Bowie in all his Ziggy finery, but a celebration of a local boy done good.

Lee Scriven who made the film welcomed us all and introduced the Mayor.  The Mayor gave us a proud speech about local talent and Bletchley.  We were warned that this film was made on a very tight budget so I didn’t know quite what to expect.

The film tells the story of Fred Burrett who became visionary tailor, Freddie Burretti. The man who dressed David Bowie during one of his most iconic periods.
Freddie was never one to conform.  He always looked sharp designing his own suits from a young age.  His friends didn’t understand why he was always dressed up. His school friends speak of their memories of him and his brother talks openly about his relationship with him and shares some personal photos.

Freddie met Bowie in the El Sombrero club.  It is said that Freddie wasn’t too fussed about going over to say hello, but Angie Bowie loved what Freddie was wearing and invited both him and Wendy Kirby over.  Well, as they say, the rest is history. Freddie moved into Haddon House and David Bowie decided to make Freddie a pop star.  They formed a group called Arnold Corns in 1971.  This was a side project to Bowie’s own solo career. 19 year old Freddie was not known as Freddie in the group. Bowie thought it would be better to call him something outrageous.  His original idea was Elvis Presley but Freddie argued and said ‘you might as well call me Rudi Valentino’.  ‘Even better’ said Bowie!  Freddie was not comfortable as a front man and didn’t have the voice to sing.  But the songs originally written for Arnold Corns were the forerunners for what was to become Hunky Dory.

Freddie was much more comfortable designing clothes and the clothes he designed for Bowie are iconic works of art in their own right.  Freddie was responsible for most of the clothes during the 70s including the famous outfit for Starman which was fashioned on the Droogs from the film, A Clockwork Orange.  Bowie would always make it as a musician.  His songs stand up on their own.  But Freddie got Bowie noticed as a star in his own right.  Freddie’s clothes played a key role in making Bowie into an international icon.

What makes Freddie so fascinating is that at the height of Bowie’s fame, Freddie just walked away.  He moved to Israel.  When asked why, it is rumoured he said he liked the Army men in uniform.  The heartbreak of the story is his mum and brother never knew this and they never got to see Freddie again. He died in Paris on May 11 2001.

The film often featured several TV screens showing different footage which was very watchable. TVC15 anyone?  The personal interviews are interjected with inspirational Bowie clips which even now I found hard to watch and a tear fell from my eye.  To portray Freddie’s early life, actors Jordan Rivenberg and Estelle Randle give a great image of Freddie’s friendship with Wendy Kirby.  The film may have been made on a very tight budget but will easily stand up against any independent film.  It is beautifully filmed and very creative. An absolute must for any Bowie fan and anyone interested in fashion.


The evening was a charity event to raise money for Willen Hospice.  This sold out event raised a large amount of money for a good cause. 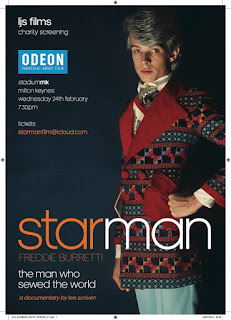 My review of Goodnight Mister Tom is now up on the About Milton Keynes website: 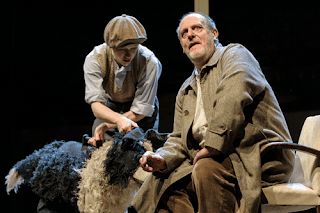