I was in this play over 30 years ago in the part of Sheila so I know it well. What did I think of this performance? Find out here: 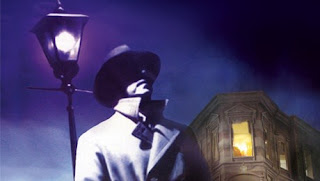 Derren Brown has made himself into a household name. But what as? After debating it last night we decided ‘Mentalist’ was the best word. He uses magic but I could not call him a magician. He uses humour but is not a comedian. He knows psychology but certainly does not practice any conventional methods. Mentalist is someone who fucks with your mind and you are not quite sure how he did it. Yes, Mentalist is a good word for Derren.

I was lucky enough to see him last night at Milton Keynes Theatre doing his latest show called ‘Miracle’. I have seen him twice before and perhaps that is where I should start this review.

The first time I saw Derren was a very strange course of events. I rang the theatre up to buy tickets and there were only a few in ‘the gods’ but I complained that as a regular theatre goer and ATG member I was not being offered a good deal. Suddenly I was offered two tickets only five rows from the front. I was delighted and didn’t ask much about how they had suddenly become available. On the night we excitedly took our seats, but someone was going down our row and asking everyone to move up a seat because they didn’t have two together. I am such a sceptic and for three reasons I was the only person who refused to move up. Firstly, who buys tickets that are not together? Secondly I felt they were testing for compliance. Yes, I have also studied psychology and was not about to be duped. Thirdly I like to be as central to the performance as possible and didn’t want to move more to the right. So I refused. Funnily enough those seats stayed empty for the whole show. Interesting no?

During the evening I got up on stage with three other people and we all took a ball out of a bag. Those with a white ball had to lie and the person with the black ball had to tell the truth. Derren said he would give £50 if he got it wrong. But I got the black ball and had to tell the truth so had no chance to win the money. It got down to myself and one other person on the stage and Derren got it wrong so gave the money to the other person and thanked me for coming on stage. Of course he then went on to hypnotise the other person and that is why I knew I wasn’t still on stage. You can’t hypnotise me. My mind is too strong. If that experience wasn’t enough, during the interval we bought some ice cream. The usher gave me the ice cream and my money back. I said ‘No, I need to pay for these’. I think even the usher was hypnotised.

Of course being that close up to Derren and still not being able to work out how he does it made him addictive. So next time he had a new show I booked to take my whole family. It was called ‘Infamous’ and was equally mind-blowing in its own right. How did he know that lady in the audience’s phone number and make it up from a number of things such as picking up grains of rice? He makes it clear he doesn’t use stooges, but I cannot see how he does it. This show was fascinating because he hypnotised the whole audience and I stood around looking at people who were genuinely hypnotised. I couldn’t quite believe it. It also proved my theory that he couldn’t hypnotise me. But he really did ‘speak to the dead’ and although I know in the back of my mind it was a trick – I was moved.

So onto Miracle, Derren’s latest show. What can I tell you about it? Well actually nothing because it’s a huge secret and I wouldn’t want to spoil it for anyone. But I can say this. Derren Brown is worth every penny and if you can afford to buy the front stalls – do. Even seeing him close up I bet you cannot see how he does what he does. We had great seats and he comes into the audience and did something to the couple in front of us and the man behind us and none of us could see how. As I said – worth every penny. 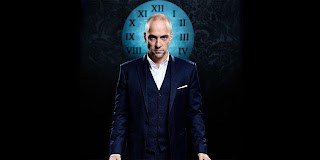 Howard Jones would like to get to know Milton Keynes well. The Stables. 03.02.16

So last night I went to see Howard Jones.  He was very local to me in a small venue and my husband likes him so we decided to go.  The Stables venue is a lovely intimate venue with friendly staff and it almost felt like the performers are in your living room.

The support act was Elise Yuill.  No I know you haven’t heard of her but you should. She is a rare talent on the guitar and has written some beautiful folk-style songs.  She is currently crowd-funding for her debut album and Howard Jones has helped produce some of the tracks.  So she is worth a listen.

I have seen Howard Jones perform before, many years ago as part of an 80’s festival.  But today was different.  There were no other distractions of other bands. There was no band.  It was just Howard and a keyboard with a stripped back set.

What really impressed me was ….hold on, there is a list.  Let me tell you I was impressed.

2.   His song-writing ability.  When all the electronics are there I don’t think we appreciate the words enough.  Listening to his lyrics just showed me how good his song writing skills are.

3.  He is funny.  In-between the songs he talked to us as if we were his friend. It felt like he was telling us a secret no one else knew.

4.   He is friendly.  He has time after the show to meet fans and stop for photos.  He didn’t ever seem rushed or fed up. He was so polite and left the audience feeling very special.


Of course you expect to hear the big numbers such as New Song, Like to get to know you well, Pearl in the Shell, Things can only get better and What is love?  But to also hear some rare gems and the stories behind them made this show really special.

For example, before he played Hide & Seek he told us about his Live Aid experience.  He had to qualify to appear on live aid and the criteria was ‘have you sold 1 million albums in the last 6 months’?  Luckily Howard did qualify and was given a slot for two songs.  He flew in with Queen and headed for the bar when he saw David Bowie. Not only did David Bowie say hello but he knew who Howard Jones was!  Howard said David Bowie has been a major influence on his work and this was a very special moment.  But it didn’t end there.

Howard and his backing singers were rehearsing backstage when they found themselves an audience of two.  Pete Townsend from The Who and David Bowie watched them practice before they went on.  How cool is that?

Howard also told us of a story where he was supposed to be doing something with his electronic colleagues such as Thomas Dolby and Stevie Wonder.  Apparently Stevie Wonder never showed up so they all flew to Stevie’s house and he jammed with Stevie.

Each song Howard sung gave us a back story.  It was fascinating to hear.  He told us about his restaurant called ‘Nowhere’ which Madonna and Kevin Spacey would hang out. This features in City Song.  He told us about how Like to get to know you well doesn’t translate well into Japanese as he was singing ‘I’d like to force myself upon you’.  He played a Jazzy track giving us a scene from the wild west, called everlasting love and put in a bit of twist and shout.  He did a classic cover of the Beach Boys track God only knows which of course David Bowie amongst others has covered in the past.

It was a very intimate evening with Howard Jones. I feel I got to know him very well.  Would I recommend going to see Howard Jones. Absolutely! 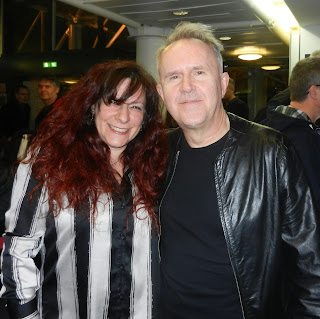