This film is the story of Hansel and Gretel, but with a difference. They are both witch hunters!
The story has a few interesting quirks such as the inventive weapons they use to kill witches and the fact that Hansel is diabetic because he ate so much candy as a child.
It is fast moving and full of action. It even has a troll. However, it has left me with lots of un-answered questions and the script is so bad in places, it is cringe-worthy.
Of course, the twilight generation will adore this film but then if they adored twilight it says a lot about the taste of a whole generation of wannabe witches, vampires and werewolves.
I found this film had issues with how fast the action was. It was so fast in places you couldn’t tell who was hitting who. (A bit of Matrix style slo-mo could have helped here)
Yes Hansel is diabetic but we have no idea where he gets his magically full injections from.
There is an issue that Hansel and Gretel are arrogant witch hunters who could really do with learning that stealth is a good weapon. They almost let witches get away to get beaten up and do more running.  They have a fan called Ben who they are not that civil to and really despite catching lots of witches and making a good name for themselves as witch hunters, they are hard characters to like.  (By the way, whose idea was it to call someone Ben when Hansel, Gretel, Mina, basically everyone else has old style German sounding names?!)
The effects are good but with a bit too much cgi which is becoming the norm.  This is a shame and can be distracting from the film.
The saving grace of this film is the grand witch, Muriel who is evil and who has been given one or two lines with humour in it.
Overall it is not a terrible film, but this film is made for a certain generation (of which I am probably too old) and they don’t seem to mind bad scripts and lots of cgi!


Verdict: Well what else are you gonna watch on a Sunday afternoon? Columbo?!! 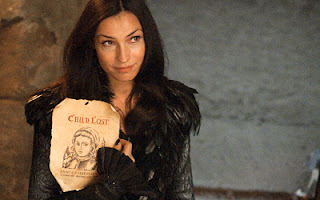 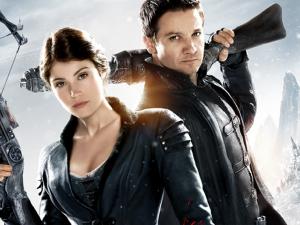